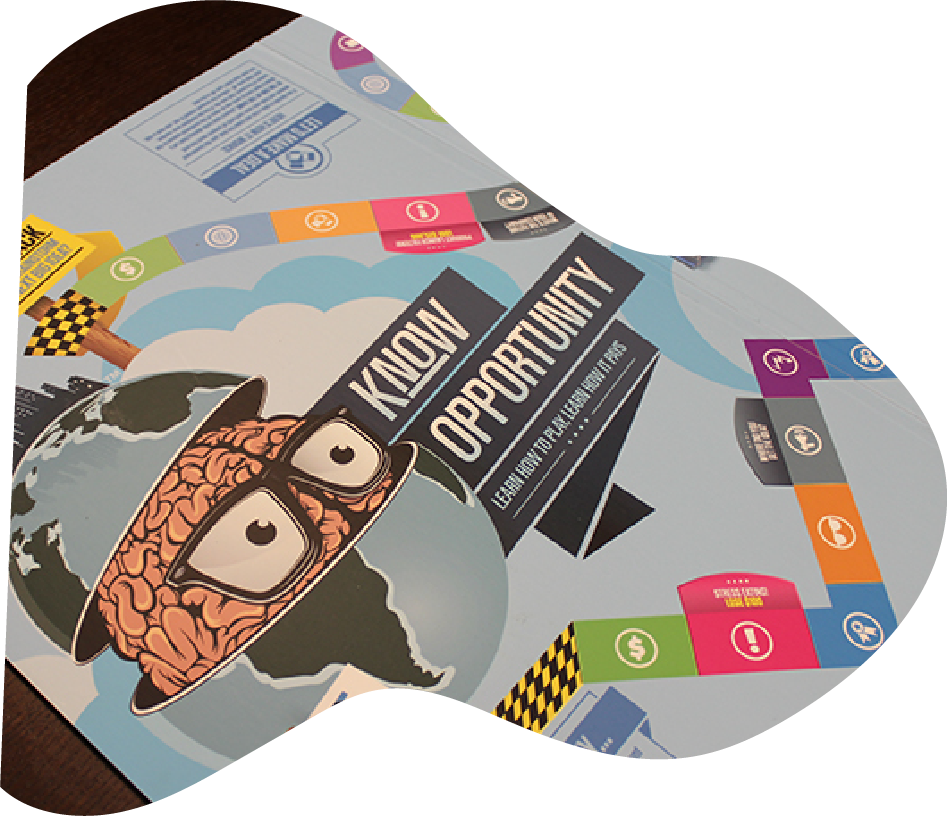 It’s official: We are joining the class of Kickstarter! Over the past few weeks, we’ve been maddeningly preparing for our launch (due Sept. 15) and have been following the Hacking Kickstarter format laid out by Mike Del Ponte on Tim Ferris’ blog a couple years back. Once our campaign comes to an end, I’ll do a post on what worked, what could be improved, and what tweaks we made to Mike’s approach.

The Know Opportunity #board game has been through a few iterations. What was once designed as an education-focused tool to teach the fundamentals of entrepreneurship to the budding minds of high schoolers has transformed into a more mainstream-style product.

Two years ago we were able to secure some initial funding to build a run of prototype games. And they were massive. Over four feet long and 18 inches wide, they were designed for the classroom. The size intentionally allowed for three players on each side, desks facing each other. They were sturdy, durable, and could withstand repeated use by the world’s most notoriously nonchalant demographic.

And they were well received. So much so that we began to receive requests for adults to try it out. And economic development organizations. And colleges. And regular people – friends gathering at a house.

Then we started receiving more requests. And more. Then people and schools started buying the prototypes, even though we weren’t really selling them. We always knew this was a good idea, and the interest helped validate it. But nobody can sell (profitably) such a gargantuan game.

So we had it redesigned to a more standard 20″ x 30″ format. And that’s where Kickstarter comes in. We need to make a run of games at the new, user-friendly size. So we’re reaching out to our direct networks, forging new relationships through social media and getting the word out that fun can be educational, and vice versa.

We’re going to set our goal at $25,000 (though we secretly want to achieve $40,000). Simply put, the more money we’re able to raise in this round, the lower the price per unit will be, which means we can offer the board game at a better price.

Our ask is pretty simple. We’re not asking you for money (though we won’t argue if you decide to contribute financially). We simply want you to help spread the word. Share the information with your friends who may be interested. Introduce us to a contact at a news publication. Share or retweet the post on social media.

With just a click or two of your mouse, you can be more of a help than you thought possible.

Stay tuned – we’ll be updating the blog with info on how you can help and the status of the project! 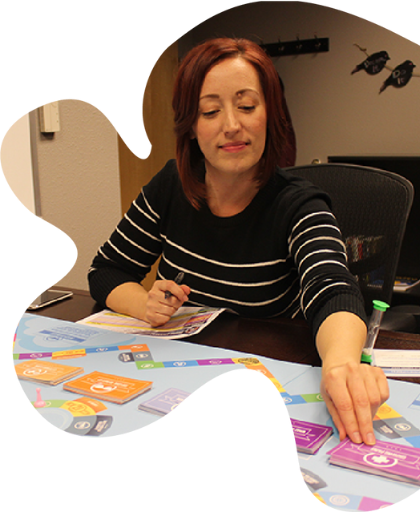